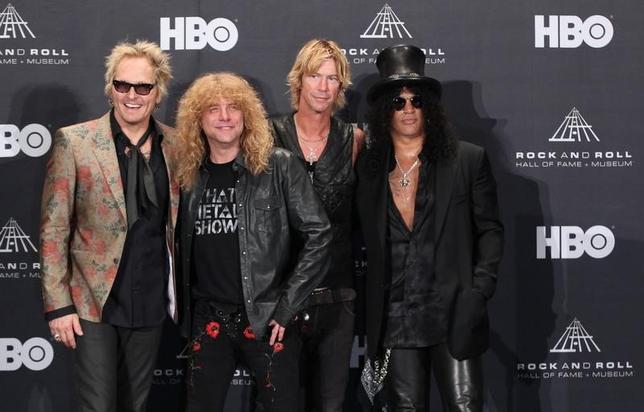 It’s official. Axl Rose, Slash and Duff McKagan have been sighted sharing the stage together and are now set to play a number of gigs across the US, the first of which take place tonight at the T-Mobile Arena in Las Vegas.

Slash initially left in 1996, stating Axl had everyone in the band sign contracts ‘like we were defined as hired hands’.

Unsurprisingly, money has been the driving force in getting the band to reform – the group agreeing to evenly split all profits from the tour.

Venues so far include two Mexico City gigs and two appearances at Coachella (the latter of which are set to earn the band $8 million).

As for UK dates, there sadly don’t seem to be on record as of yet.