If classical music to you is just something that seems to happen around other people, you could do a lot worse than listening to American composer Roger Rudenstein. Throwing the rule book out of the window, Roger does not compromise or necessarily follow the tried and tested routes followed by his contemporaries. A two-part opera on an absurd individual campaigning to be president of the United States has proved disturbingly prescient, and another opera on the post 9/11 activity in the Whitehouse was similarly scathing. 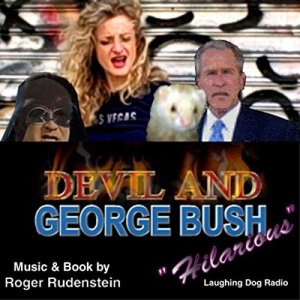 Having grown up in a musical household, classical music was always in his blood, though he did have a brief dalliance with rock music in the late 60s, with the band Tiny Alice, who, thankfully for Roger, didn’t become megastars after he left. Since then his output has been absurdly prolific, with no corner of composition off limits. A perfect starting point for those with novice ears would be his opera based on James Joyce’s Ulysses, not only being brave enough to include the rather more ‘ribald’ bits but also opting to utilise Joyce’s actual text. No horrible dumbing down or paraphrasing, you get your classic literature and your classical music fix all in one. A whole new world awaits you.